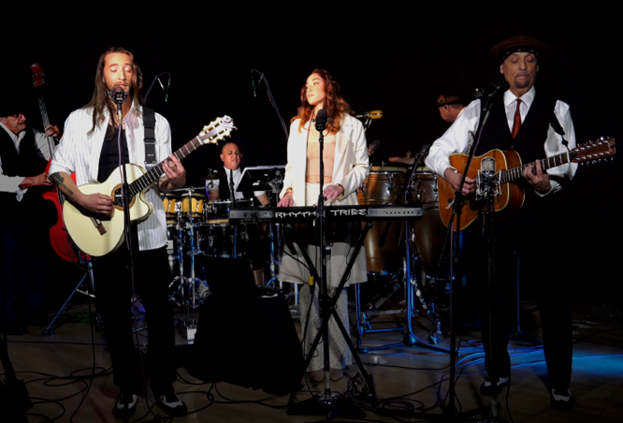 In the summer of 2022 the group Rhythm Tribe decided to record and film a live, in-studio concert performance of three of their songs. The group is made up guitarist Thomas Guzman-Sanchez, hybrid drummer Esau Garcia and features the lead vocalists Brisa and Mason Guzman-Sanchez singing the songs Goodnight, Make It Clear and Like Poison. The group performs 100% live and is joined by musical pioneer and legendary percussionist Richie Gajate-Garcia, along with veteran bassist, George Lopez. The musical performances were recorded live over a 2-day period with a small audience.  Three special video performances have been produced and show the musical magic that was captured.

After the recent hurricane disasters in Puerto Rico, the group decided to come up with a way to help their families, friends and fans that live in the affected areas. The group has gathered these live songs and combined them into a special EP “RHYTHM TRIBE – LIVE.” The group has decided to help the island during this time of need and have committed to giving all proceeds from each digital download of this special EP to the disaster relief organizations. 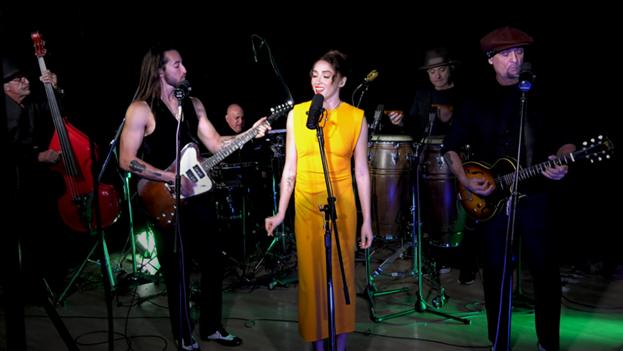 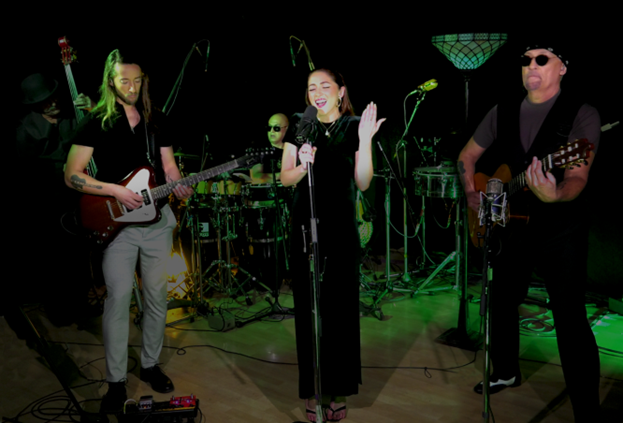 "Someone I really cared about had gone through some serious loss. They had started dealing with depression and anxiety, to the point they would have night terrors that would keep them up. I had decided to write a lullaby for them to help for times when I couldn’t be around. I was inspired by mediation music for the chord structure, as well as the rise and flow of the lyrics. We were able to successfully merge the haunting melody with a bolero rhythm to create this personal and heartfelt arrangement that just feels right."

" When we first started creating this song, it was inspired by a jam session my father and I had one night after I had just gotten home from having my heart broken. My dad was playing his guitar on the couch and I just started singing whatever that was on my mind. Which, at the time, was mainly depressing confusion because it talks about the indecisive behaviors of a person that doesn’tknow what they want. And from there I got my journal and stitched an array of my entries about my personal struggles into the lyrics. That’s when the band felt inspired to create a blues track around the song."

"As this song was the first song I had ever written, it was inspired by a letter I had written to my very toxic and VERY soon to be ex that I could no longer be with him  because of emotional abuse. And it didn’t matter how much love I had to give when I was pouring it into a bottomless person and forgetting I needed to pour it into myself. This song is about taking that first painful step in realizing you deserve better. When you decide to take that power and love back for yourself."